The Broncos have announced the following preliminary side to take on South Sydney at ANZ Stadium: 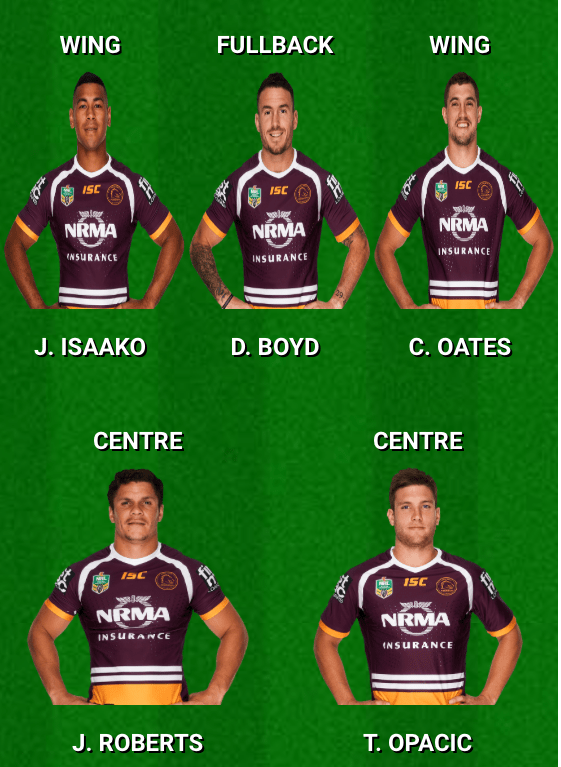 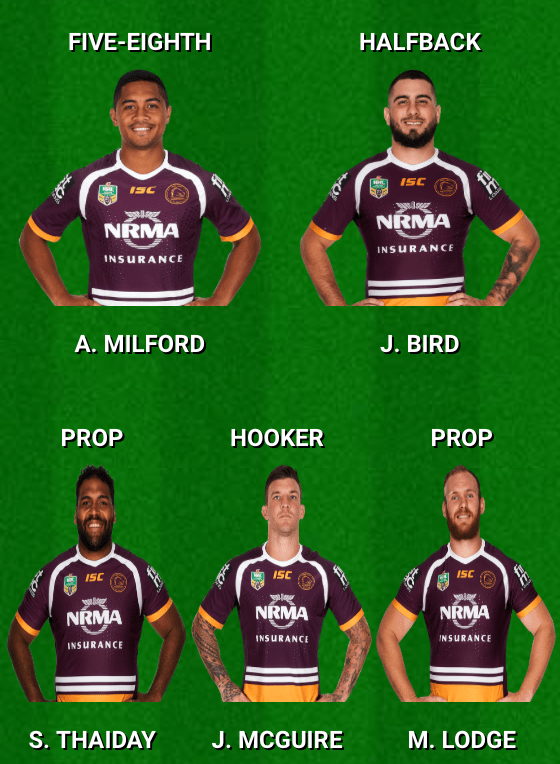 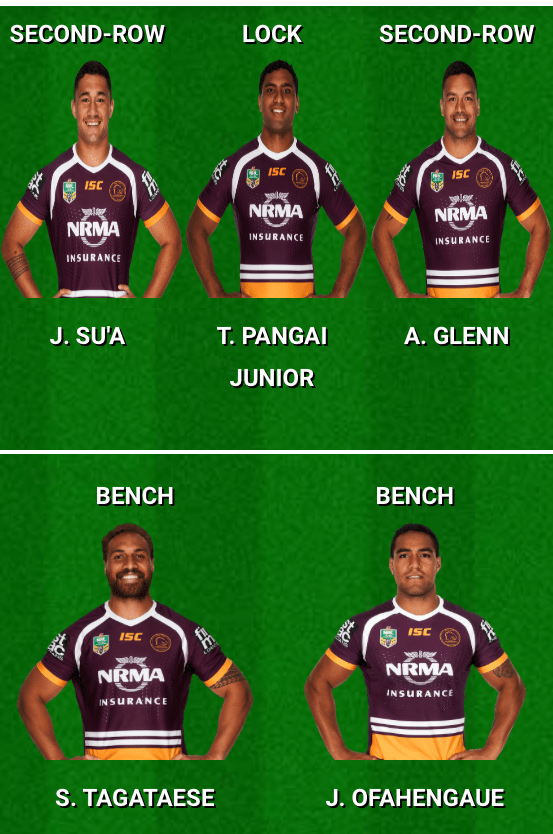 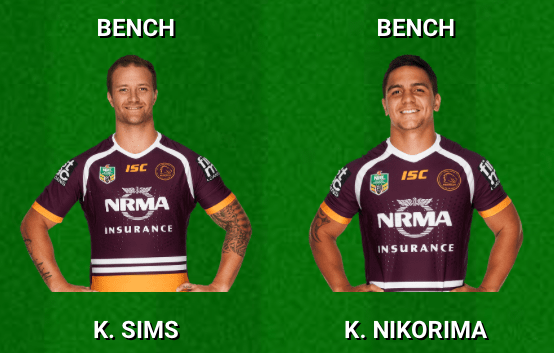 A conservative coach who relies on low risk offensive football and hard hitting defence, Bennett seems notoriously reluctant to give opportunities to highly productive players from outside his favoured 17 man match day squad. No better is this evidenced than when regular match day players suffer injuries, ruling them out of selection contention. When this occurs Bennett appears to have a tendency to look for solutions exclusive within his favoured match day playing group, even if that means deploying players out of position and ignoring specialised and highly productive players in the broader Broncos’ squad. Thaiday’s failed stint at hooker (to cover McCullough’s return from injury), Bird’s redeployment into the halves (to cover Nikorima’s injury), and now McGuire’s deployment to the hooking role (to cover McCullough’s latest injury), are all prime examples of Bennett’s arguably narrow minded approach to team selection.

While I don’t agree with that aspect of Bennett’s approach to team selection, knowing this about the coach (having witnessed it regularly during both of Bennett’s stints with the Broncos) makes his obscure team selection decisions less of a surprise.

That said, a number of the players Bennett has selected in the Broncos’ preliminary 17 for the South Sydney match can count themselves very lucky not to be plying their trade in the Intrust Super Cup this weekend.

In terms of the individual positional groups, starting with the halves, hooker and fullback contingent, Boyd and Bird’s continued selection in that positional group appears illogical. Neither player is averaging a line break (lb) or line break assist (lba) per match so far this season and both have failed to meaningfully contribute to the Broncos’ kicking game, whether it be via long range kicks or forced drop outs (Boyd is averaging 7 kicking metres (kms) and 0 forced drop outs (fds) per game, while Bird is averaging 24kms and 0fds per match).

As for McGuire’s selection at hooker, while he is solid defensively (missing only 2 tackles per match so far this season), his historical performances indicate that in his new role he is not likely to contribute in terms of line breaks, line break assists, kicking metres or forced drop outs.

there is a strong case to support the argument that McGuire, Boyd and Bird should not have been selected in the halves, hooker and fullback positional group for the clash versus South Sydney.  Instead a combination of Milford, Nikorima, Dargan and Scarlett appears to be the more logical choice.

While those four players appear to currently be the Broncos most productive option for that positional group, the truth is, the diminutive size of all four individuals, coupled with their historically poor defensive performances (Milford and Nikorima missed an average of 3 tackles per match last season while Scarlett missed an average of 4 tackles), makes all four poorly suited to any position which requires them to operate in the Broncos’ defensive line. Practically, fullback is the only position those four players’ physical attributes and playing tendencies indicate they are capable of playing without their defensive weaknesses being seriously exposed. That said, barring a significant recruitment drive from the Broncos targeting individual players who are productive at:

Milford, Nikorima, Dargan and Scarlett appear, for the time being, to be the Broncos best combination for the halves, hooker and fullback positional group.

In terms of Bennett’s selections in the centre and winger positional group, Isaako (90 run metres (rms) 0lbs and 1 missed tackles (mts) per game), Roberts (72rms, 1lb and 2mts per match) and Opacic (59rms, 0lbs and 1mt per game) have all demonstrated that they are defensively secure, and the selection of Oates (who is averaging 118rms, 1lb and 0mts per match) is a no brainer. That said, the comparative performances this season of Seve (who is averaging 151rms, 0lb and 1mt per game for the Souths-Logan Magpies) and Pearson (who is averaging 126rms, 1lb and 1mts per game for the Redcliffe Dolphins) seem to have been overlooked yet again by Bennett. As has consideration to deploy the versatile Boyd (who is averaging 94rms, 0lbs and 1mts per game) in that positional group. All three players have, on balance, outperformed Bennett’s preferred trio of Isaako, Opacic and Roberts in the key performance metric of per game run metres, line breaks and missed tackles. Despite this Seve and Pearson remain marginalised and Boyd continues to be overlooked for selection for in the Broncos centre and winger positional group.

In the forward positional group, out of the contracted Broncos’ forwards, Su’A, Sims, Thaiday and Glenn are currently ranked 13th, 14th, 17th and 18th, in terms of on field production, with:

Overall, given the weaknesses in the side Bennett has selected (i.e. a lack of line breaks, line break assists and kicking metres from his chided fullback (Boyd), halfback (Bird) and hooker (McGuire), a lack of run metres and/or line breaks amongst his chosen centres (Opacic and Roberts) and one of the wingers (Isaako) and a lack of run metres and offloads in the chosen second row (Su’A and Glenn) and one of the bench forwards (Thaiday), I’m anticipating that the Broncos will suffer another loss, this time against the in form Rabbitohs.

The stats referenced in this post are sourced from the NRL and QRL.