Another disappointing loss for the Broncos as they went down 15-10 to the Knights in Newcastle.

In the lead up to the match, Bennett correctly pointed out that the Broncos forwards needed to create a better platform for Milford and Nikorima to showcase their ability to break the opponent’s defensive line through their acceleration and footwork. It was anticipated that this would have resulted in a substantial increase in the number of offloads from the chosen forward pack.

Unfortunately, the selected Broncos forwards did not respond, with only 6 offloads for the match. 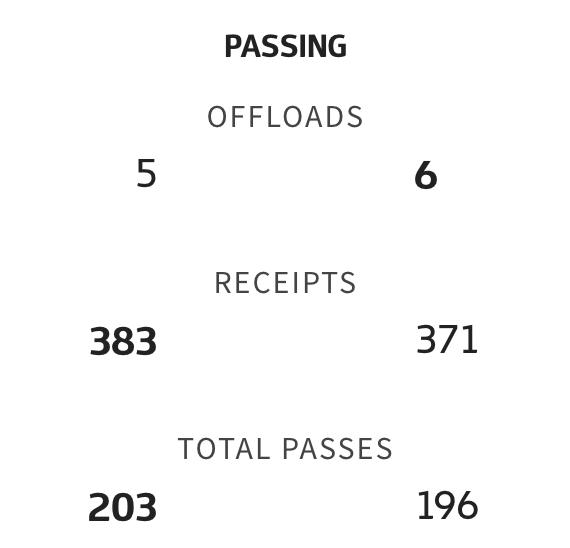 Their failure to regularly generate offloads restricted the Broncos to just 5 line breaks for the match and limited the attacking effectiveness of Milford and Nikorima, who rely on second phase play and broken defensive lines to showcase their individual strengths (footwork and acceleration). 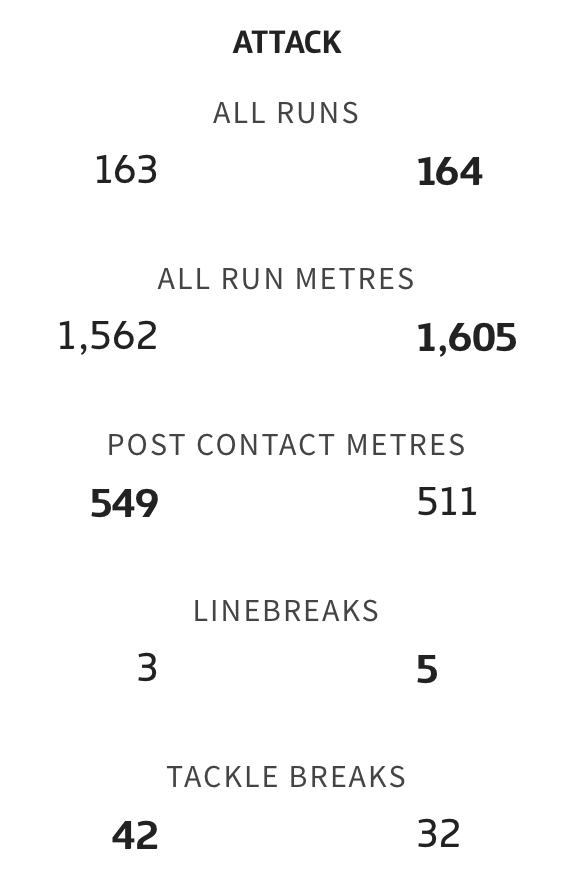 As a consequence of the lack of offloads from the Broncos’ forward pack and Milford and Nikorima not possessing the creative passing game of traditional halves to generate line breaks through their slight of hand with the ball, the Broncos again struggled to score points.

Defensively, the Broncos were porous, amassing a staggering 42 missed tackles for the match, with their edge defenders Milford, Nikorima, Gillett and the promoted Su’A key culprits. 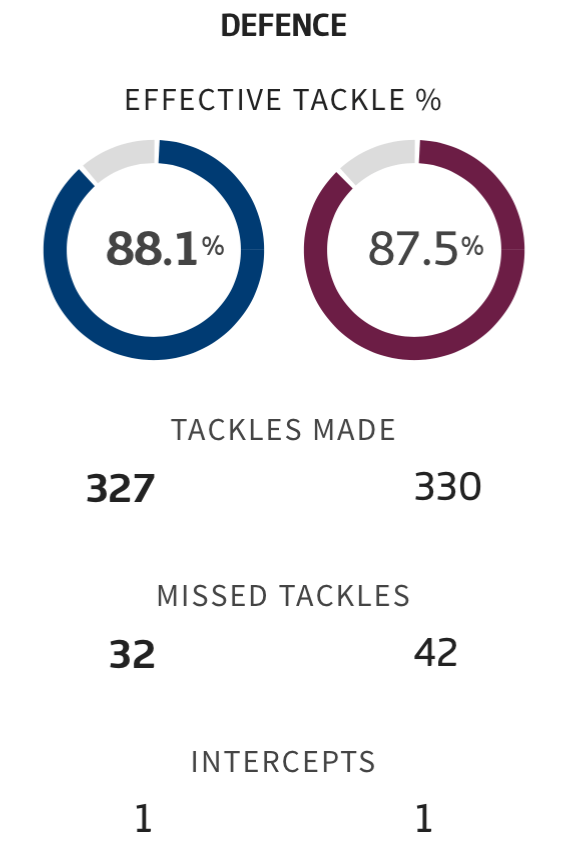 Unfortunately that wasn’t unpredictable as Gillett has missed an average of 4 tackles per match so far this season, while Nikorima and Milford have respectively missed an average of 3 tackles per match. As for Su’A, he is a player of a similar defensive style to Gillet in that he has a tendency to charge out of the defensive line to try to execute a big hit as opposed to focusing on ensuring he doesn’t miss his tackles.  While big hits are great when they comes off, they rarely do and when they don’t and the charging edge defender misses the tackle, this in turn compromises the integrity of the side’s defensive line, creating an overload for the opponent’s attackers on that flank.

Given the known tendencies of Gillett and Su’A and the poor defensive capabilities of Nikorima and Milford, electing to play all four players in the Broncos’ defensive line was alway going to create problems for the Broncos’ ability to keep out the opposition.

While the Broncos were missing Glenn from one of their defensive edges, he is actually a worse defender than either Gillett or Su’A due to his flawed tackling technique. Specifically, Glenn often attempts to tackle his opponent around the chest area and tends to reach with his hands to effect the tackle as opposed to using his shoulder and body to wrestle his opponent to the ground. As a result, his opponents are able to brush off his tackling attempts by deflecting his arms, which in turn creates a missed tackle for Glenn and a potential line break opportunity for his opponent.

That being the case, unless the likes of Gillett and Su’A adopt a more conservative approach to defending, Glenn corrects his tackling techniques or Bennett changes personnel and opts for more defensively secure forwards who can produce run meters at least equivalent to that of Gillett, Glenn and Su’A (e.g. Oates, Ofahengaue, Funaki) as well as deploying more defensively secure halves (e.g. Boyd, McCullough or Sam Scarlett), the Broncos are going to continue to struggle defensively on the edges.

While it was a poor performance from the Broncos in terms of missed tackles and generating offloads and line break opportunities, their kicking game was much improved, forcing 6 dropouts and out kicking Mitchell Pearce, who is one of the best open field kickers in the competition.

A lot of credit in that regard can go to Milford and Nikorima, who showed significant improvement.

If the Broncos can reproduce their kicking performance versus the Knights, increase the volume of offloads amongst their forwards and reduced the number of missed tackles they are conceding, particularly amongst their second rowers and halves, the team will turn the corner sooner rather than later.

The stats and images referenced in this post are sourced from http://www.nrl.com.