Broncos Analysis: Round 15 player analysis and round 16 team selection

Following Round 15 of the NRL and Intrust Super Cup, the player rankings are as follows: 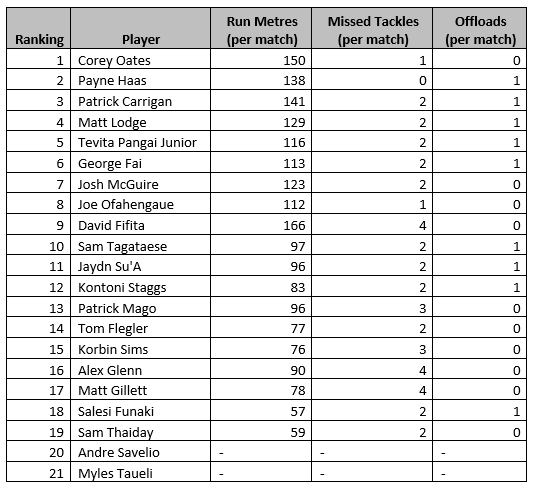 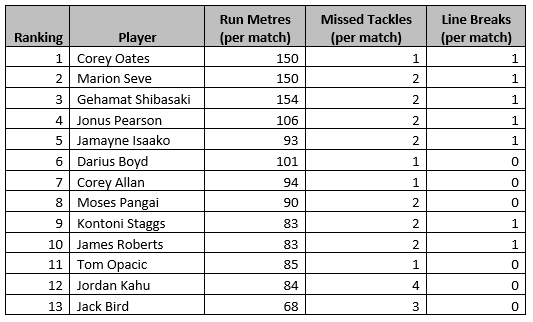 Based on the above analytical comparison, and with Haas, Sims, Gillett, Savelio and Taueli unavailable through injury, the 17 players which comprise the Broncos’ most productive team for their Round 16 clash versus the Raiders would appear to be: