Broncos Analysis: Round 6 Player Analysis and Round 7 team selection

Following Round 6 of the NRL and Intrust Super Cup, the player rankings are as follows: 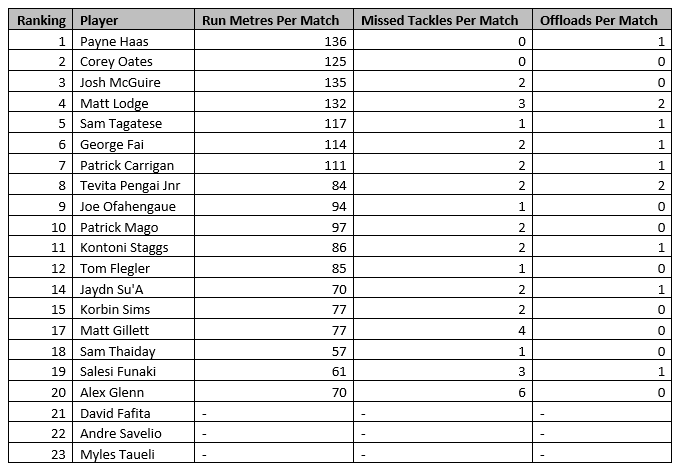 Based on the above analytical comparison, the 17 players which comprise the Broncos’ most productive team for their Round 7 clash versus the Storm would appear to be as follows: